Who is The Watcher? 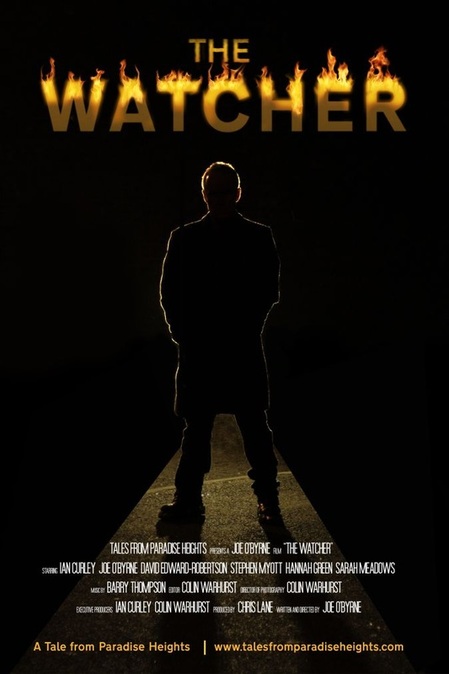 There are many Tales from Paradise  Heights

...and tonight is Halloween.

A little girl sits by her window, scared by 'the man' outside.

A taxi-driver, begins a shift that he will never forget.

And a loan shark stalks the streets, still haunted by his past...

This is the tale of
The Watcher 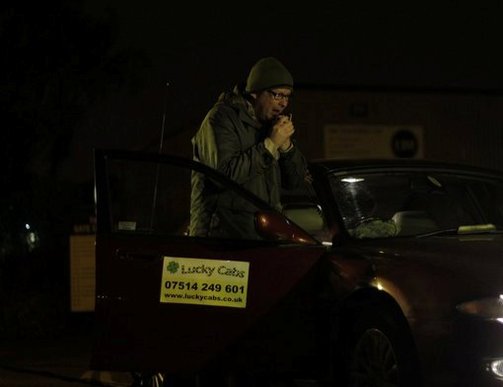 A stand-alone piece. It also serves as a fine introduction to the world of O’Byrne’s Paradise Heights cycle an effectively eerie little ghost story, with a powerful emotional undertow. O’Byrne uses the supernatural primarily as a metaphor to explore themes of guilt, moral weakness, failure, regret and loss. The film has a jaw-dropping final twist that shakes the viewer’s perception of everything that has gone before...


Ken Loach style kitchen sink realism meets Martin Scorcese’s more elevated archetypal storytelling, in this latest tale from the fictional Paradise Heights estate.  Ian Curley is a class act, and gives an unselfish and understated performance as the hapless Marek.  There is a fabulous turn from David Edward-Robertson as Danny, an embittered ex fireman nursing an intense hatred of Frank Morgan, and O’Byrne himself plays Morgan with lashings of steely-eyed charm that the likes of Jason Statham would kill to have an ounce of.   On a shoestring budget, this is a supreme example of what can be achieved when one has a cracking script, a dedicated team of first rate actors, a dynamic director, and a will of iron.

This is a seriously stunning work of art that's on a different level altogether to just about any thirty minute drama I’ve ever seen, to talk about it as a 'short film' would be to belittle it. It's like mixing the best of Scorscese with echoes of Marquez and a sprinkling of Wim Wenders. But at the same time it's like none of them as it's uniquely Northern British. It's not a product of copying or influences, but of a heart that's in the same place.

A stand alone tale born from fire: There are direct links to I'M FRANK MORGAN and RANK... 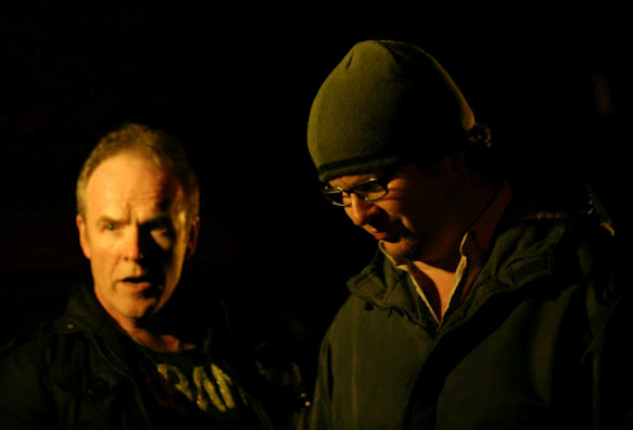 
‘Even with the dream like quality of some of the film, there is a reality at the core. The film is almost part prophecy...four months after we shot it they were rioting in London, Manchester and Birmingham. Tales from Paradise Heights Fingers On The Pulse...Welcome To The Jungle.’


The Watcher: A Tale from Paradise Heights was born directly from the pages of the play RANK. The play was always confined to the cabin/office of Lucky Cabs, Lisa’s taxi rank, deliberately done to raise the claustrophobic atmosphere for the audience on that Halloween night in Paradise Heights.

During the play we ‘heard’ one of the drivers radio in. Marek, made a very disturbing call in to the rank as something happened to him, or he encountered something whilst out on the road, out on a lonely stretch of the estate. Athlone Avenue, the place where Frank Morgan had burned that house down all those years ago. Hearing it worked wonderfully as the audience could only imagine what it was he experienced.

But then I got to thinking; wouldn’t it be interesting to shoot a short film that showed just what happened out on Athlone Avenue that night?  Another stand alone Tale from Paradise Heights (it had to work on its own as a tale) but also a tale that connected directly to RANK and also right back to the origin of the series – I’M FRANK MORGAN.

A perfect opportunity arose as The Lowry approached me with a view to showing RANK and I’M FRANK MORGAN as part of their DIGIT Fest of June 2011 – all well and good.   They also asked if I could write, produce and direct a new film for the series and premier it at The Lowry as part of that festival. So I wrote THE WATCHER to tell Marek’s Tale, a tale that took place the same night as the events of RANK.   The question that remains is who is The Watcher?  Is it the little girl at her bedroom window?  Is it Marek as 'our eyes' as he drives us through the narrative?  Is it the anonymous faces behind the masks?  Is it the 'smoking man' outside?  Is it loan shark and murderer Frank Morgan?  And just who is monitoring those CCTV monitors?  The audience always have an answer.

It was fantastic to see the success of THE WATCHER, but more than anything it was such a joy to do. The best time I have ever had on a film set and incredibly encouraging to get out there again and film another story, and that will happen soon. It also points the way to what we could do with a Web Series.  So many incredible talents worked on this, in front of and behind the camera’s and in post production, and this was done with a shoestring budget. Can you imagine what we could do if we had a decent budget?

The Noble, Dedicated and Extremely Talented Cast and Crew 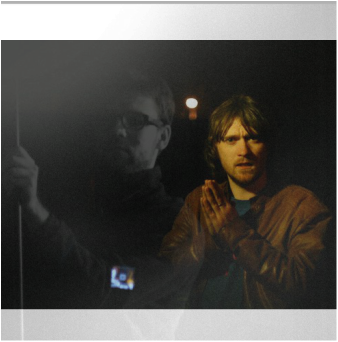 Chris Lane (Producer) and Colin Warhurst (DOP)
The film was produced by the prolific Chris Lane and Ian Curley with Colin Warhurst as DOP, a man that knows his way around a Canon 5D/7D.  Chris and Col are already a very well known talented partnership (BOG STANDARD) and this was the first collaboration with a unit outside Tales from Paradise Heights.  I can't wait to work with them again.

So many other talents were involved, Barry Thompson producing his first film score did a wonderful job, Holly Wyatt worked alongside Barry creating the haunting soundscape for the film, re-using and building on music and effects Barry had already produced for Rank, the films sister production.  Stunning on set photography (see the gallery) was provided by Gareth Hacking, Ben Mottershead and Daniel Warhurst.  With a poster by Michael O'Hanlon, lighting by Paul Anderton, make up by Emma Wilcox, on set sound by Phil McDuff - in fact so much hard work by all the cast and crew, I'm hoping that this will be the first of many collaborations.