Once Upon a Time in the North West... 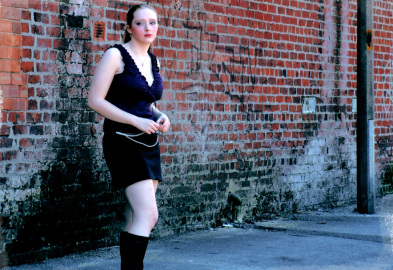 One of the many lessons life has taught me it that 'Destiny Turns on a Dime...'or the lack of one. The feature film that will probably never make a buck. Firmly in the mould of Clarke, Loach, Meadows and Leigh - and if they'd have made it it might have been out there somewhere, who knows?


​Lessons learned?   Many.  The script needed more work but it's a nice milestone of where I was in late 1999 when I wrote it, and this is still a little gem. A snapshot of Broken Britain in the early 2,000s that remains as relevant today.

A portrait of love, and passion from the mean 'n' moody streets of Bolton. Bursting with ferocious talent, it remains a testament to the many towering undiscovered talents in the North West.

Here online in full for the first time, and for FREE, be warned there is some adult content.  Have a butchers, it will keep you occupied for 90  minutes, come be a passer by one summer night on the Paradise Heights estate. 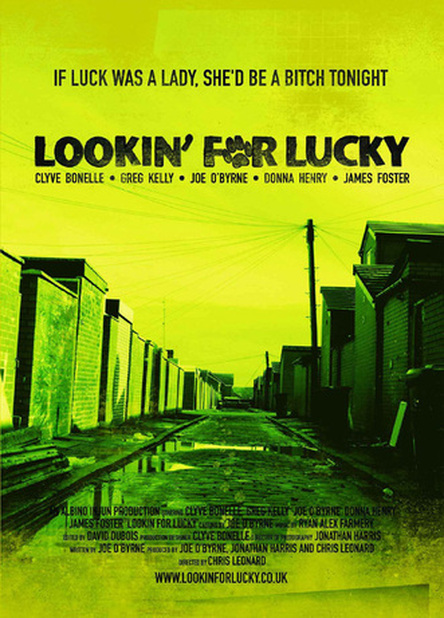 Chalkie never grew up, a childhood accident stopped the clocks for him when he was six, he’s got an artist’s touch and eye bordering on genius, but not much else.  Mike the window cleaner is his friend, and has taken him in after one too many beatings from Moses.   Mike looks after him and he may have just found a future and a way out of The Heights for young Chalkie, he’s just praying Moses doesn’t find out before tomorrow when the deal is signed.   Tonight, Chalkie is out, just doin’ his thing, adding his colours to the bricks and the slabs of Paradise Heights, where everybody is nice apart from his brother.

To most around here, Moses is King of The Heights, his girls know that and so do the punters.  The streets are his bloodline.  An eye for opportunity and a cold ruthless streak got him to the top around here.  But some deals go bad and even Moses answers to someone. If he doesn’t come up with what he owes soon, the King will fall.  Trouble is the punters aren’t bitin’ and the girls are nervous ‘cos a serial rapist is doin’ the rounds.   Moses instincts have never let him down though and he knows Mike is up to something.  Maybe Chalkie is the answer to his problem.  What he doesn’t know is the word is already out to take him down…tonight.


It’s when you think it can’t get any worse that luck usually has a part to play, and as the sun goes down over Paradise Heights, worlds start to collide…

As the sun goes down over Paradise Heights, worlds start to collide... 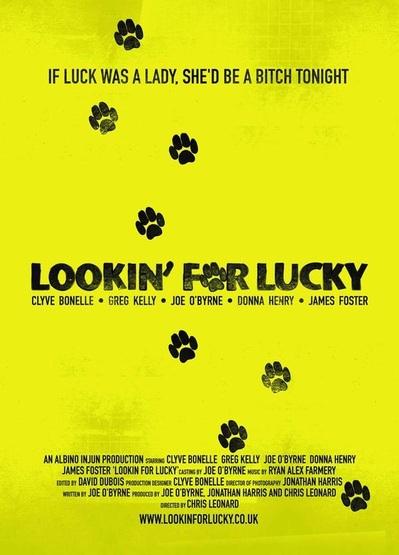 OK, there is just too much to say about the making of the feature film LOOKIN' FOR LUCKY, it really deserves a website of its own, so one day I'll get around to doing that.  But there are a few things I can talk about here...

I love the areas that I grew up in, live in and work in, they are the areas that have influenced and shaped me as a person.  Those area's are the Halliwell and Oldhams Estate in Bolton and the city of Salford.  So those area's (as Salford had in I'M FRANK MORGAN) became Paradise Heights.  Film making is a hugely collaborative process, I (along with CHRIS LEONARD, Director and JONATHAN HARRIS Co-Producer and DOP) learned many lessons in the making of LUCKY which I'll talk about in the future,

All the cast and crew of LUCKY (far too many to mention here) were nothing short of magnificent - they have all sweat blood, sweat and tears in the making of it - and up to now no one has recieved a penny - to be honest I can't see it ever making any money, for reasons I'll go into elsewhere.   The film has it's flaws (as does just about any film made) I'm talking about other factors to do essentially with marketing.  But there is no doubt from all the screenings the film has had so far that the film moves audiences, and it's an accurate portrayal of life lived on the edge in the UK today.  That portrayal remains accurate in 2017.

I also want to talk about the people who live in the areas we filmed in.  On a budget of £3500 (what it cost to get LUCKY shot) this was a beg, steal or borrow shoot, - blood and guts guerrilla film making - there's a lot you can't afford and you certainly can't afford security.  So the first thing I did was to tell the residents what we were doing - it's their back yard and we all wanted to respect that.  Talking to them reaped huge dividends.  Many of the residents where we filmed can be seen in the film (some even have speaking parts) and local pubs, a football club and local businesses were all very generous in helping us achieve what we set out to do.   We had locals brewing up for us (one couple even provided a full German meat buffet for the cast and crew - they just shouted us all into their house and there it was all laid out for us), they would be sat out in deck chairs watching us film and applauding between takes.

The kids even got involved, we had them shouting 'action' and 'cut' between takes and they were even giving feedback to the actors 'That was crap mate - you did it better before' etc.  The kids began to police each other on set, telling each other to be quiet during takes etc.  Every time we landed on set someone in a house nearby would be brewing up for us - there was just an incredible atmosphere of mutual respect - all this from communities that are described as deprived problem communities - we were trying to tell a community story and the whole film in its own way became a community project.  There are quite a few stories to tell from our time out filming on the streets, and  I'll never forget the generosity, heart and support we had from the people there, their involvement on screen gives the film even more edge, they were nothing short of fantastic.

We took the film over to Cannes in a vain effort to sell it, you can't sell anything unless you have a famous face in your film, or connections, regardless of the fantastic performances in the film and the brilliant work the crew did.  The great thing about Lucky though is that people over in Cannes enjoyed the film, fellow professionals who are just a touch more famous and successful than we are - and they have a lot more money of course.  The best thing for me over there was one American producer who had a guess at the budget 'What did you spend on this, about one and a half million?'  I nodded.  Not bad for three and a half k. 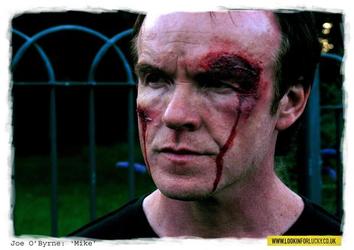 Making Lucky left me battered, bruised and disillusioned.    Towards the end of post production it was starting to do my head in, for all kinds of reasons.  Don't get me wrong, I love the film, and I'm so proud of everybody's achievement in getting LUCKY completed.  There are still battles to fight to get the film properly recognised - shooting the film is only the warm up (I didn't know that when we started) the real fight starts when you're trying to get it out there.

By late 2008 I felt stagnant, I felt like my feet were buried in concrete.  I wanted to break free for a while...to act again...or to write something new...and making another film was the last thing I was interested in.

A Bench in a park in Paradise Heights would make me feel a whole lot better.  Click the link below to find out more.