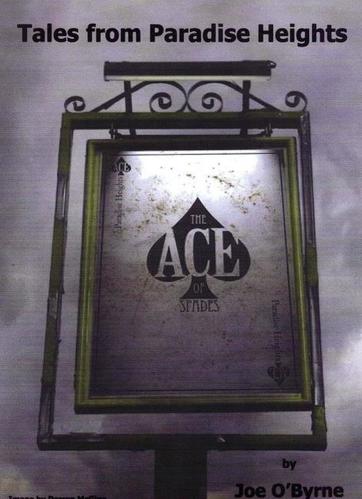 Welcome to Paradise Heights. The Heights is a community created by writer/director Joe O'Byrne. The community has been the backdrop for the feature film LOOKIN' FOR LUCKY, the award winning short film I'M FRANK MORGAN, the short film THE WATCHER and the forth coming THE LAST DROP - the last two films stories told set in the same taxi rank - along with the play mentioned below - RANK.  It is also the back drop for the plays I'M FRANK MORGAN, THE BENCH, RANK, STRAWBERRY JACK, DIANE’S DELI and the forth coming TORCH, all scripts written by Joe.   The series has recently broken new territory, venturing into the field of music.  The first songs for the series are THE GEMINI MAN and SHIRLEY'S TOWN, more information on these can be found within the pages of this site.

Each play and film here is a complete tale of its own.  However the stories are all inter-connected, by either character, location, event, or some times all three.  Characters cross back and forth through the tales, some characters appear in more than one tale, or are referred to in three tales before they appear in the fourth.  Audiences will feel at home watching one tale and feel they have enjoyed it, not missed anything.  But when they watch a further production that's when they begin to see the breadth, depth, layers and scope of this ever growing series.
Every street has a story, every character a tale...

All of this shot through with a hint of the supernatural, with characters like Shirley, the Angel who appears to some of the troubled souls here, and she has her own tale soon to be told, and then there are the ghosts that don't move on where there is still business to be settled, if you look closely enough there is also an Angel of Death here.

Above all of this, one man, Frank Morgan, the irish loan shark, Ace of Spades club owner and gambler casts an ominous shadow across the whole of The Heights.  A man who's terrible deeds in the first tale still sends ripples throughout the other tales.  Such is his influence that his presence is even felt in stories he does not appear in.  A man haunted, sometimes literally, by his past.  As each tale unfolds it is another step in the ultimate destiny of Frank Morgan, one of redemption - or damnation, the future is still not set for him, or the residents of The Heights.

These tales have been described as a Canterbury Tales for Today, and a chronicle of broken Britain.

PARADISE HEIGHTS The devils had his way round here... In the shadows of Paradise Heights you will find a drug fuelled landscape painted on a canvas of deprivation, a kingdom of pain where brutality reigns. A place where teenagers are mountain bike hustlers and crack cocaine canvassers, carving out careers on the number of wraps shifted in a night, where success is your own car and a company gun by the time your 17.   You have to be strong to survive round here, no compromise, brutality is met with respect…

But look further and you will find more. It's a place where Angels walk among the gangsters, sharks, prostitutes and pimps; a place where the homeless man is a poet and a king; a place where the red brick walls are the canvas to a child trapped in the body of a man; it’s a place where the streets will share secrets, and where between the crumbling walls and stripped out shells these people call home you will find heart, soul and humanity. So feel free to walk around, but mind how you go and stay away from those dark corners.

TALES FROM PARADISE HEIGHTS will have a broad canvas.  As well as continuing in the fields of Film, Theatre and Music the series will be exploring other media.  Joe will be collaborating with some of the many talented individuals in the region, there are plans for a web based episodic film series, animation, radio drama, novels and graphic novels.  This site will keep you up to date on what's happening in Tales from Paradise Heights. 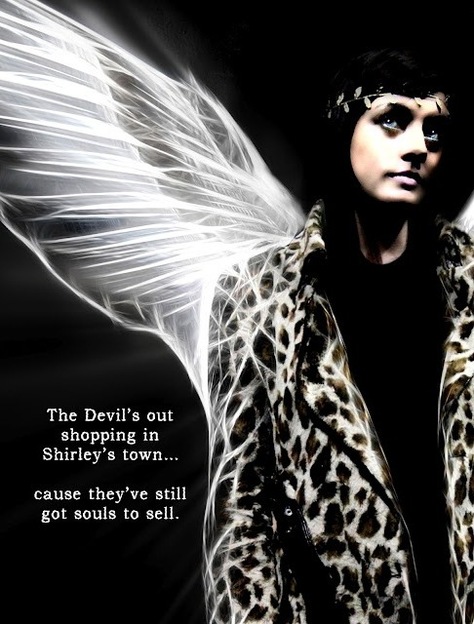 Joe gave up a successful career in retail management some  years ago in pursuit of an acting career.   However through a series of creative diversions and through seeking out some of the best undiscovered North West talent in the business, Joe has thus far written, directed and produced several stories both for film and stage from his fictional North West community of PARADISE HEIGHTS.  A north west estate with a growing army of fans.   Although this is a North West area, all the tales have an 'any town today' feel to them.

'We live in very testing times.  A double dip recession, an economy smashed to pieces, the life seemingly taken from it by the greedy hands 'running the country'.  I don't blame a single political party for this, the blame lies on all sides of that house in Westminster.   The gulf between rich and poor grows wider, and I along with many millions of others don't believe the lie 'We're all in this together.'   It seems the foundations of this modern Britain are built on lies and greed, whichever way you look at that it is the poorer class's that will obviously feel it the most.   It also seems the firebrand leaders and politicians have become extinct, or are at least lying dormant.  Money talks today, without it it seems you have no identity.  Identity's are lost, self esteem, confidence, a place in society is much harder to find and sustain in poorer community's today.   The pressure is building and  change for the better looks way beyond the horizon.

'But what is common to all of us still remains if you look for it hard enough.  Community.   It is eroding at an alarming rate, but it's still there and these stories reflect that. These are stories of identity, morality, love and yes, hate.   But it's how that hatred is faced down that counts.

‘I live in a community like Paradise Heights so there is a reality at the core, and it’s great to see such a positive reaction from audiences to these stories; I think there is something in each of them that strikes a chord across a wide range of age groups.  I believe in telling real issue based stories, issues that sometimes get tossed around in Parliament in between the important business of flipping homes and fiddling expense claims.  Paradise Heights is a deprived community with more than its fair share of problems, problems reflected from the issues seen in most media headlines today.  Yes, these stories are hard hitting but they are shot through with a rich vein of humour, the kind of humour people find when faced with all kinds of adversity.  It’s a tough area but at there is a beating heart at the centre, a kinship.   These are just ordinary people facing some of life's extra-ordinary dillemma's.  There is light here, and sometimes bright light.  But the brighter the light, the darker the shadow...

'It's the choices these people make, facing up to or running away from these problems, that ultimately defines who they are. 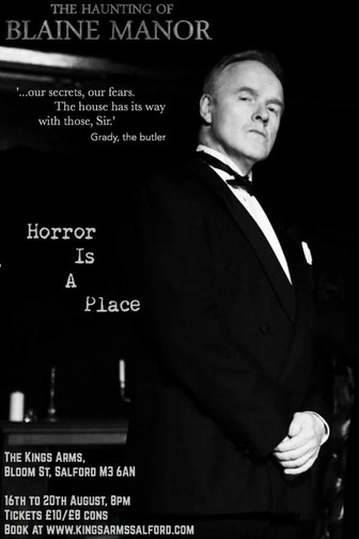 Joe O'Byrne, creator, Tales from Paradise Heights
'In terms of choices, I made one years ago and at times it feels like it cost me more than it should have (actually in the long run it did).  It's a really tough choice to take being any kind of creative, and in this field tough choice follows tough choice.

'Passion is as destructive as much as it is creative. As well as battling to get out there, or to just try to keep paying the rent, life will find innumerate numbers of ways to pound you back down.  Drive and ambition will take its bite from you and those around you, I know this, it's cost me a lot.   But it has also rewarded me, I'm not talking financially - not yet, but to be honest I've never been in this game for money - but I'm not stupid enough to say no to it, money would help spread the tales further. I'm in it to express more than anything my love of people and words.  To be honest I can't stop now anyway - I have too many tales to tell.  But, it really shouldn't be this hard...I'm going to be looking  to ways to make it easier.

'I've also used this site to show some of  my artwork and poetry, and there is also a sabbatical I took from The Heights, where I wrote a play outside Paradise Heights.  I always wanted to write a good ghost story and put it on stage, so I did.  A period piece and that turned out to be very special indeed, far better than even I thought it would be, for more on that check out THE HAUNTING OF BLAINE MANOR elsewhere on this site.

'The Heights now has a really diverse range of characters brought to life by incredibly talented and passionate thus far ‘unknown’ actors, creatives and crew that I owe a huge debt to, fellow passionates many of whom have made their own painful choices chasing down every opportunity to create, to express.  Ultimately this form of art is a collaborative process, without their incredible efforts the work stays on the page.'
Joe O'Byrne