2018 UPDATE:  Reincarnation of The Shark 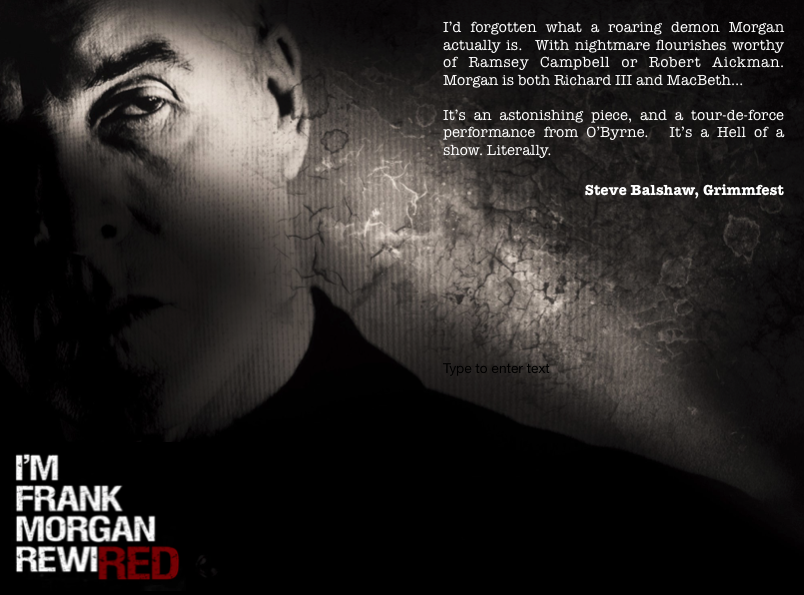 The passages below refer to the film version shot so long ago now, and if you're coming to see the show it's a film best avoided until after you've seen the live show, you'll then see the major differences in the revisiting of the story, in the reincarnation of Frank Morgan.  You can find out much more about the new version at this link, visit this link first as it will tell you all you need to know. 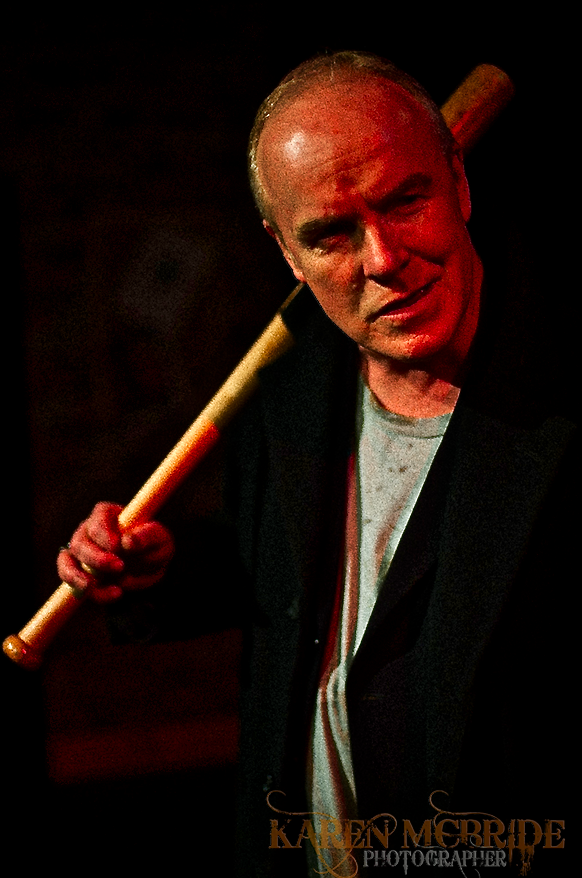 Birth of an Empire: The first steps into Paradise Heights... 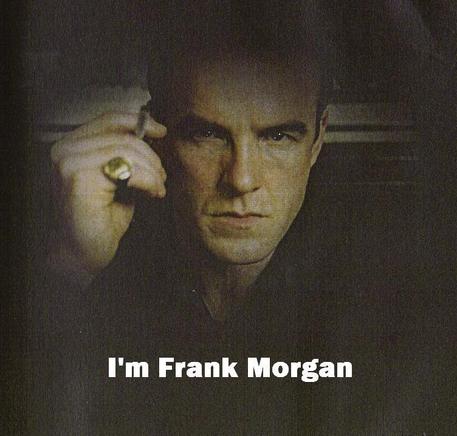 Joe O'Byrne as Frank Morgan (Pic: Paul Murphy)
The original Tale from Paradise Heights started life as part of a novel I was writing way back in 1997 - that novel was entitled PARADISE HEIGHTS and the protagonist was a teenager called Billy Howcroft who was in all kinds of trouble.  I'd started writing the novel a year before I came to Salford University as a student on the B.A. Media and Performance course.   Every now and again I'd dig the book out and do a little more writing on it.

So, I'm in my second year and I have to pass a module on 20th Century Theatre acting.  My tutor was a guy I held in huge esteem, a real firebrand and passionate teacher - and a constant inspiration to me, he remains the same to this day - the only difference now is that he is a very dear friend - that tutor is Mark Bishop.  Our assignment was to perform a 10 minute monologue.  I asked Mark if he ever got a little bored with seeing the 500th version of Hamlet or King Lear etc., and would it be possible for me to write something and perform that instead?

Mark allowed me the weekend to write whatever I had in mind and bring it in for him to go over on the Monday.  Fantastic!  Now all I had to do was come up with something...panic set in as my mind kept coming up with the most stupid ideas imaginaeable.

So, to calm myself I thought I'd take my mind off it for a couple of hours and do another chapter in PARADISE HEIGHTS.  I always read a little of what I wrote last, picking up the threads as it were.  Frank Morgan was a background character in the book, and I read a short passage of dialogue - the first dialogue Frank's character has in the book...it was like the guy was talking to me...sounds weird now...those few lines of dialogue spoke to me and I thought 'YES! That's a great starting point!'  I could extend that into a 10 minute monologue.

I started writing and I just couldn't stop, it was like Frank was tearing his way out of the book and he became something else.  By the end of the weekend I had a full one act play - I'M FRANK MORGAN.  I handed it over to Mark on the Monday morning.  After I handed it in I began to panic again - he'd think I was an idiot or sick in the head or something, then I got a phone call from him...shit!  He must be really mad at me to ring me at home.

'How long did it take you to write this?' He said.  I said I'd wrote it over the weekend.  'Bollocks!'  I told him it was true, I'd wrote it that weekend.    'It's one of the best pieces I have ever read.  Come and see me tomorrow morning.' So I did and he gave me some great editorial notes on it, then passed the script over to Paul Murphy, another mentor of mine from Salford Uni.  'Have a look at this Paul, Joe wrote it over the weekend.'  So Paul took it away and rang me that night...we had a series of calls, he offered to direct me in the full one act play, he then rang back and said it would make a great radio play and should we do it as that instead?  I agreed.  He then rang back and said 'NO.   This is a film...'

Paul went on to direct the film, producing a powerful piece of work that will stand up for a very long time.  The film won an award in the 2000 KINO Film Festival, and Paul went on to be a very successful TV director in his own right, directing on many well known TV productions - Hollyoaks, Brookside, Waterloo Road, Casualty and Holby City.  Some of the current crop of Waterloo Road episodes are directed by Paul.